Fruit flies are amazing and by that, I mean amazingly annoying! These tiny creatures can detect the smell of ripe fruits and vegetables from miles away. 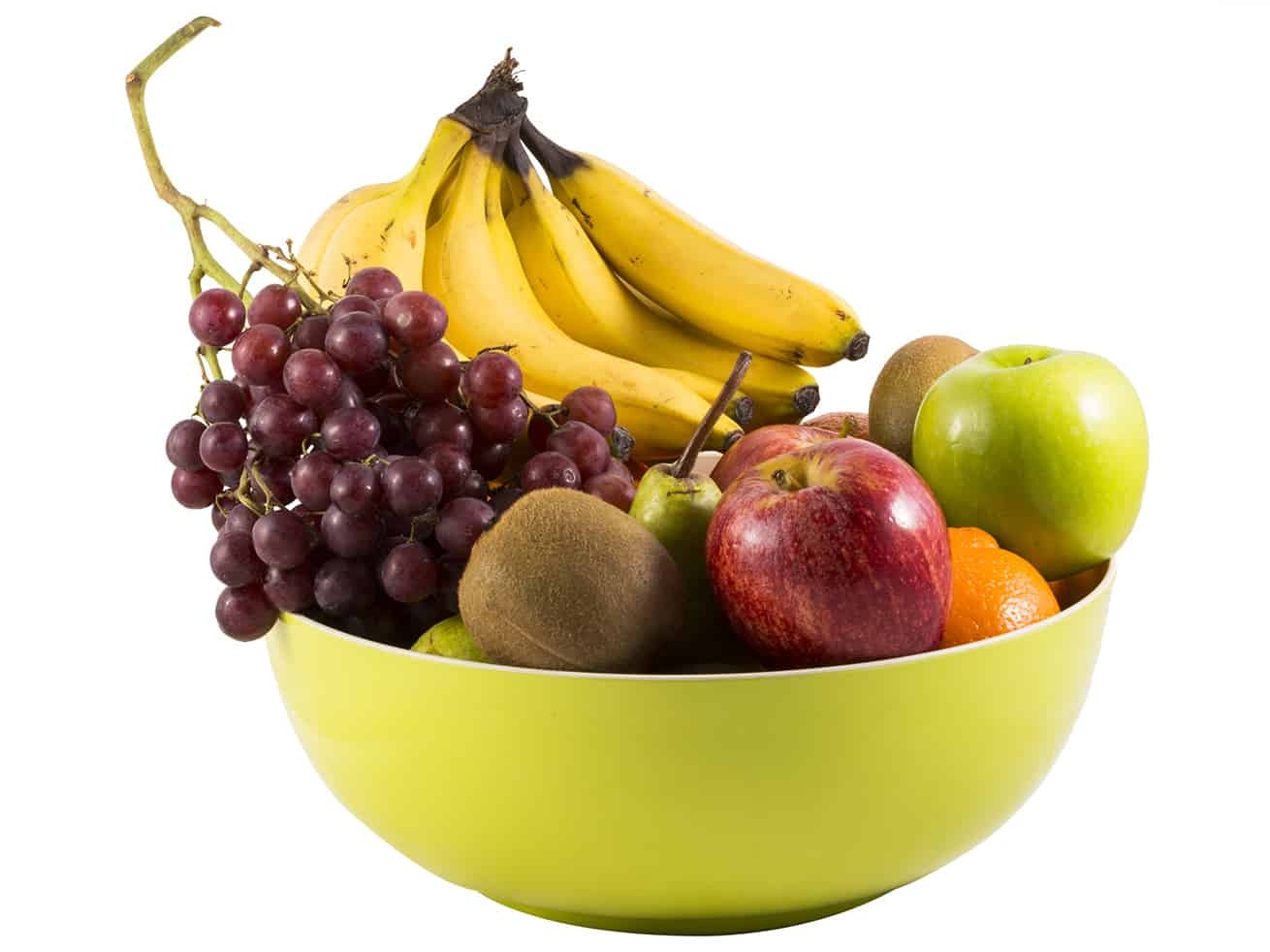 If there’s a bowl of fruit on your kitchen counter, there’s probably a fruit fly or two looking for a way into your home to get to it. They’re so small, they can get in through window screens or crevices around windows or doors. Unlike houseflies, which may spread disease, fruit flies are harmless.

Once inside, fruit flies reproduce like crazy. They lay their eggs near the surface of your ripe fruit—and they can lay up to 500 eggs at a time! About 30 hours later, tiny larvae emerge and feed on the fruit, eventually turning into pupae. A week later, they are ready to take to the air.

All it takes is one pregnant fruit fly to get in and before you know it, you’re dealing with a full-fledged fruit fly infestation. I know. I’ve been battling this problem, too!

If you’re tired of fruit flies taking over, start by tossing out anything fresh that is overripe. Next, clean the muck from your sink drains and eliminate wet sponges, mops, and the like. Then try one of these effective remedies to banish fruit flies from your home.

Those disgusting little flies are no match for these super easy traps and potent potions! 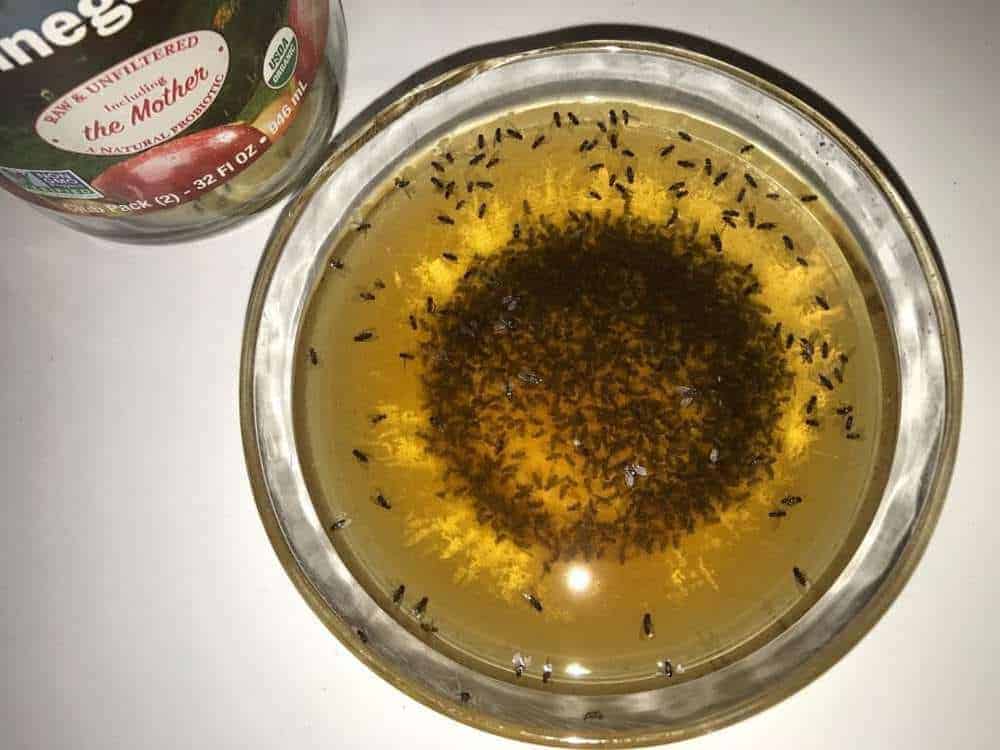 END_OF_DOCUMENT_TOKEN_TO_BE_REPLACED

Mosquitoes are nasty creatures. They bite, they transmit terrible diseases to people and pets, and from what I read, have no redeeming value in the ecosystem. 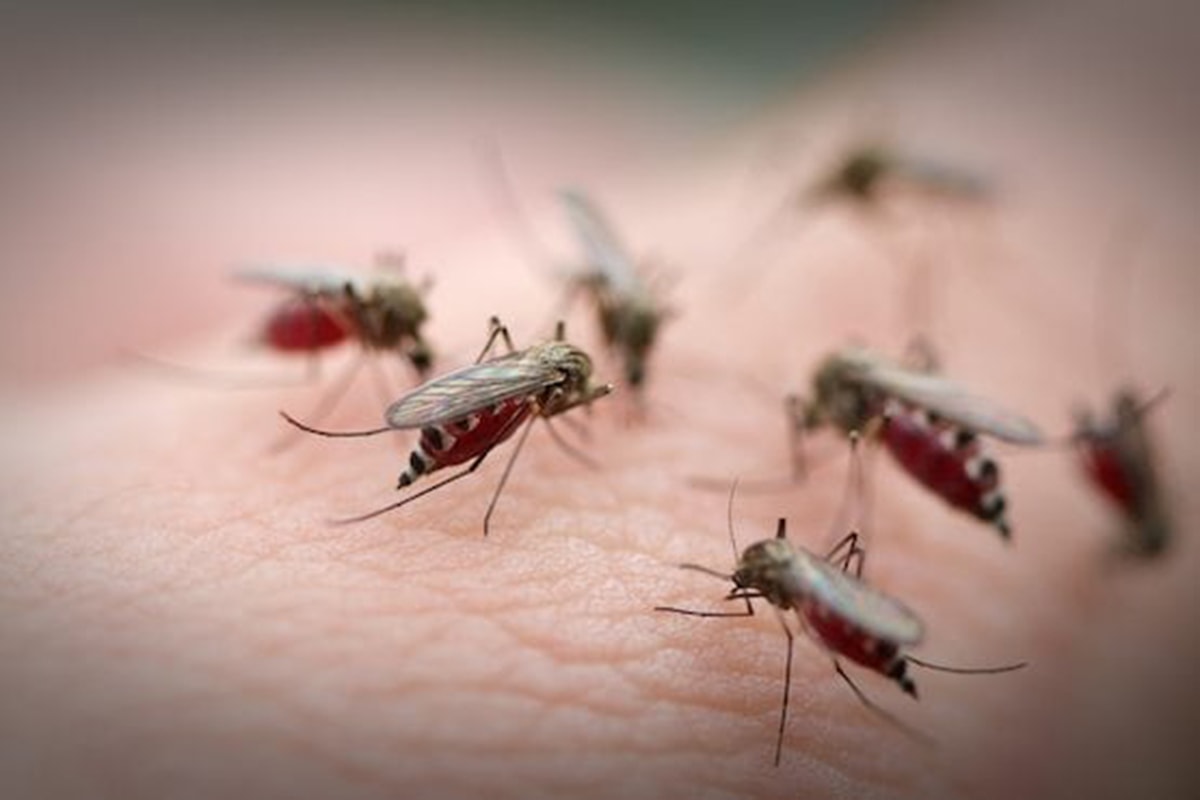 If that’s not reason enough to hate them, they can turn a beautiful backyard, deck or patio into a nightmare area not fit for humans during mosquito season. But it doesn’t have to be that way provided you are diligent to take control of your home and property.

When I discovered we’d be dealing with mosquitoes here in northern Colorado, my research led to purchasing a Dynatrap.

Then a second lure, an exclusive Ti02 titanium dioxide-coated surface, produces harmless CO2, which mosquitoes find irresistible (no wonder they love you so much—you emit CO2, too).

Third, a powerful, whisper-quiet vacuum fan sucks insects into the retaining cage where they dehydrate and die.

Every few weeks I empty my mosquito morgue, I mean trap. A full trap is proof-positive that this thing is very effective. I’ve inspected carefully to see what’s getting trapped and while there are lot of moths, wasps, and flies, mosquitoes win the highest population prize. Dynatrap is definitely not a bug zapper. No sizzle noises, odors or other annoyances. I give Dynatrap two thumbs up and five stars, too.

DON’T MISS: Make Your Own Safe and Effective Ant Spray

END_OF_DOCUMENT_TOKEN_TO_BE_REPLACED

Recently, a friend sent me an S.O.S. asking if I knew of any natural pest control to rid an apartment of fleas—a method that would not be toxic to small children.

Treating their pets and animals would be the first step, but surprisingly these folks have no animals. The truth is that flea infestations often occur simply because neighborhood cats or dogs like to lounge near their home or they have purchased an infested piece of furniture from a yard sale. 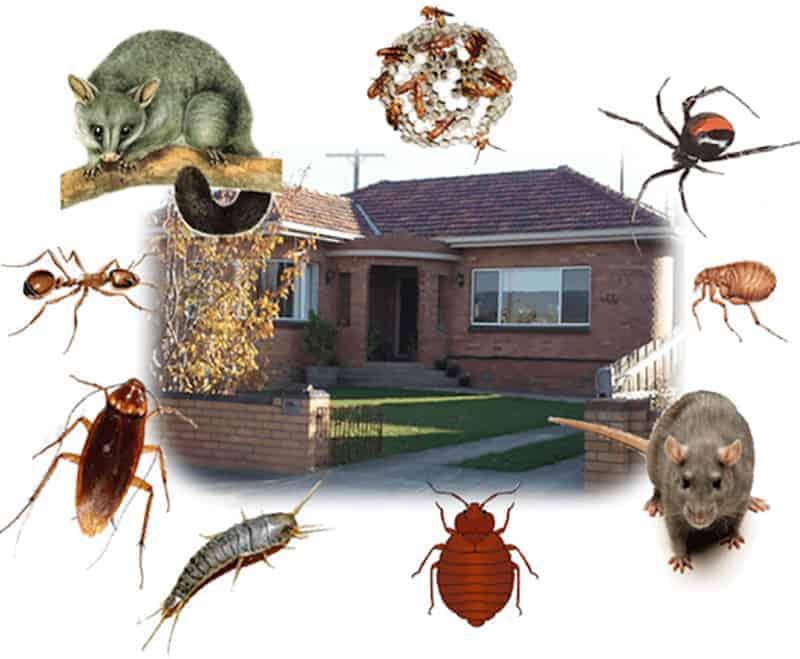 I headed right for my collection of pest control recipes and retrieved the perfect solution for fleas. I thought you might enjoy knowing that one, plus remedies for all kinds of home and garden pests.

Mix one chopped garlic clove, one chopped small onion, and one tablespoon cayenne powder with one-quart water. Allow to steep one hour, then add one tablespoon liquid dishwashing soap. This all-purpose insect spray remains potent for only one week, so use it up by spraying the exterior perimeter of the house. 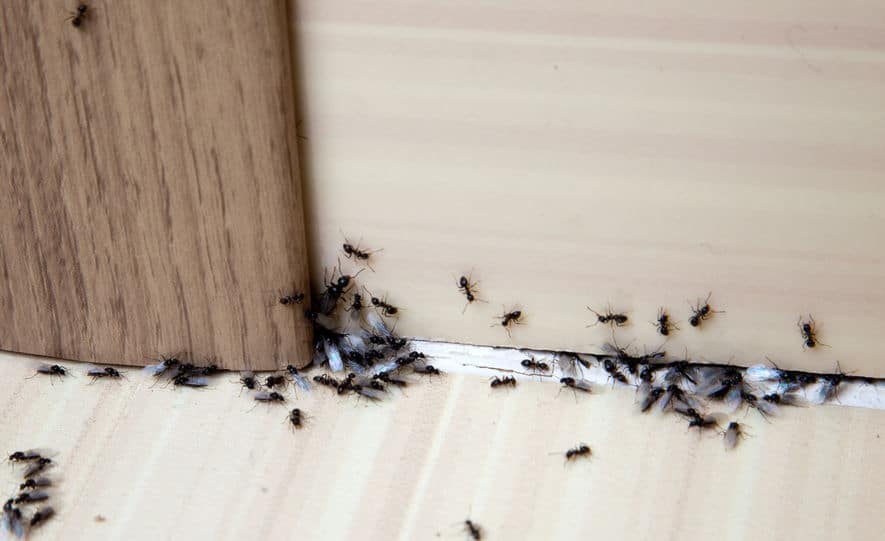 Repel an ant invasion by with this natural pest control: Wash countertops, cabinets, and floors with equal parts water and vinegar.

Or, if you have ants or other bugs around the house, pour a 50/50 mixture of Blue Dawn dish soap and water into an empty spray bottle and keep it handy. When you see the insects, spray them with the mixture. Provided you really saturate those little critters, the soap actually breaks down their exoskeletons, and they die almost immediately. Cheap and easy cleanup, too. 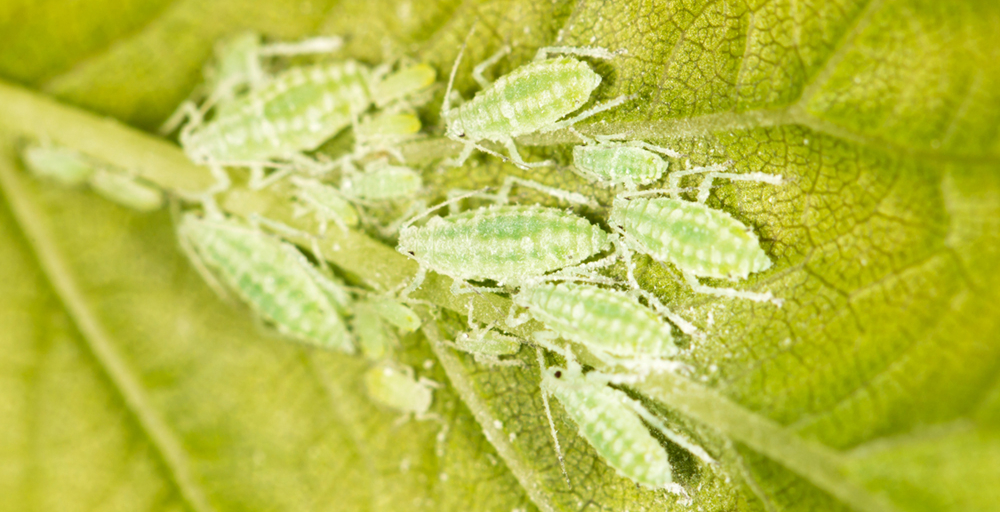 END_OF_DOCUMENT_TOKEN_TO_BE_REPLACED

I love to hear from my readers. I encourage you to write to me, and for that, I get hundreds of messages every day—questions galore, great stories, lots of love, and tons of encouragement. Please, never stop writing to me! 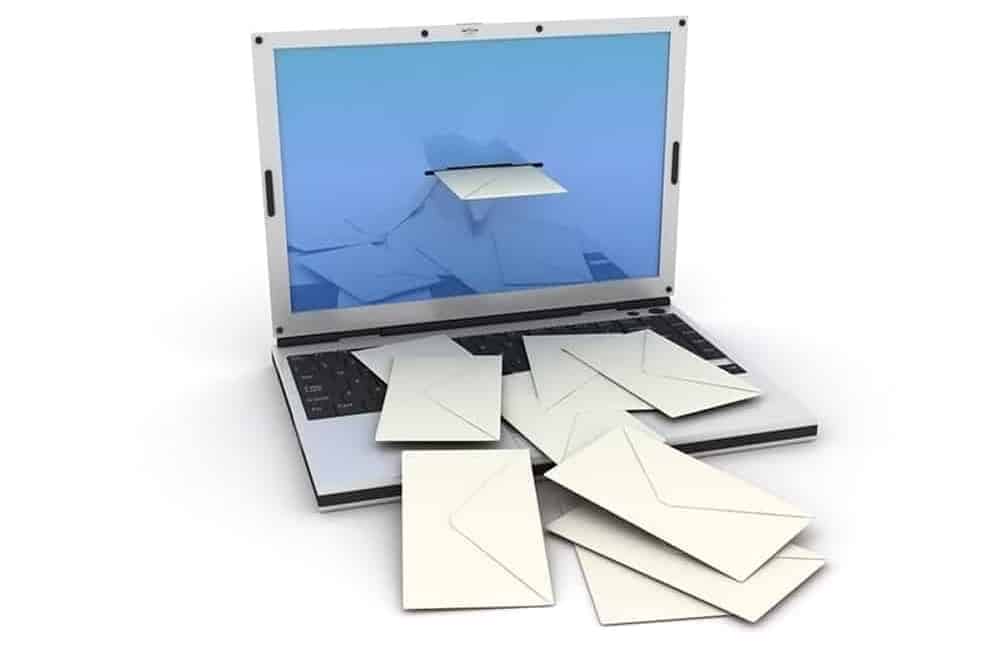 While I do read every single message, I simply cannot respond to all of them. And honestly, I don’t have specific criteria for which questions to answer in posts like this.

Generally, I select questions with universal appeal and a high likelihood that others have the same or similar questions. And here’s a hint: Well-written, complete messages with a clear situation and question get special consideration.

Here is a quick summary of the questions I’ll answer in today’s post. You can click on one to go straight to it, or just scroll down to read all. Enjoy!

2. Opossums are making my life miserable!

5. How can my daughter qualify for a decent credit card?

6. I tried Lestoil and this is what happened

Dear Mary: The interest rates offered at most online savings banks like Ally.com for example,  are so much better than the brick and mortar bank where my husband and I have our savings. Our rate of interest is terrible! But we are hesitant to move any of our savings to an online bank. Is it safe? I would love to hear your opinion. I love your website! I have used your recommendations on so many things. Thank you. Heidi