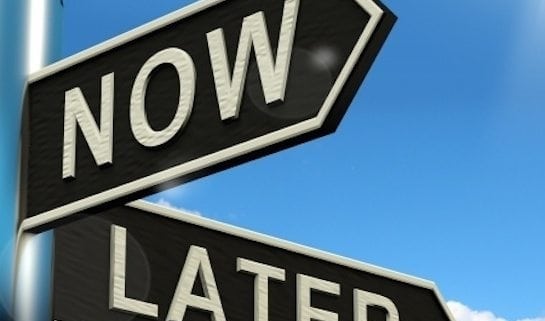 One of the toughest things I battle in my life is procrastination. My natural response is I’ll do it later. And there’s a part of me that despises that procrastinator and wages a daily war to defeat it. That’s how I’ve come to rely on the power of habits and routines. If I can avoid having to make a decision, I lose the choice to put it off until later. 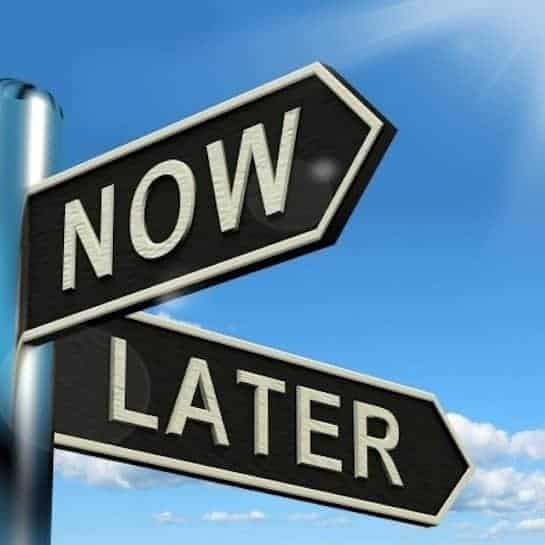 Habits are those things we do so often, they become automatic. Take my MacBook computer. You’d be shocked to know just how many hours a day I am on this thing. The keyboard is part of me. My muscles have totally memorized every stroke, the location of every key. Until something changes.

Due to a series of complications (Mavericks plus multiple monitors), I was forced to move my dock  from the bottom of my screen to the left side. We’re talking about a 90-degree relocation from horizontal to vertical. And I’m ready to be committed.

Everything in me wants that dock at the bottom. Every muscle recalls exactly where each tool should be. For nearly three weeks I have battled this annoying change and it is driving me to the brink of insanity. My routines are disrupted, my old habit is screaming in torment. My brain, muscles and fingers are  trained to reach effortlessly to get what I need. It was so automatic I didn’t have to think about it.

I’ve gained a new appreciation for the power of habit. Habits and routines are my allies in my war against procrastination. It takes mental toughness for me to force habits and routines on myself before laziness, stress and temptation kick in. I’ve learned that when I automate the predictable things in my day, that allows me to react to the unpredictable and take control with flexibility and poise. Pracrastination doesn’t stand a chance.

If you have attended a Debt-Proof Living Webinar, read my book by the same title or been part of my DebtProofLiving.com family, you know the first step to getting control of your money. It has nothing to do with changing anything. It is simply keeping track of your spending for 30 days: Writing down every way you spend money—every hour of every day—for 30 days.

Oh, the torment. It’s difficult. That’s because we don’t want to do it. It’s out of routine, it’s a pain. It takes time, it’s easy to forget. Worse, we’d rather not know where all the money goes.

Sadly, most people start out with great intentions to track their spending but give up before noon on the first day. They’re weak, coddled by the culture that says “Don’t worry about it! If you run out of money you can just use a credit card to get by.” Or that inner procrastinator that assures, “Go easy, you can do it tomorrow.”

Anything here sound familiar? If so, are you ready to kick your procrastinator to the curb so you can work on creating a new money habit? Great.

Every morning start with a fresh piece of paper or a new “note” on your smartphone–whatever works for you. Determine to record every way you spend money today. Just write down “what for” and “how much.” At the end of the day take a look. Wow. Ok. Do it again tomorrow. And the next day.

After about four days it will become more routine. After three weeks you will have established a new habit. Notice how your spending changes, if for no other reason that you just don’t want to write it down! You’ll be on your way and ready to take control of your financial situation.

As of a few hours ago I believe I’ve conquered this dock relocation. Finally, that “automatic” thing is starting to kick. I’m pretty sure I’ll have a new habit by morning.

Question: On a scale of 1 to 10, where 1=Not At All and 10=Oh, Baby!, where would you put yourself on the Procrastination Scale? I love to read your comments, so make ’em entertaining 🙂

Six Winners in the Generic vs. Name-Brand Competition