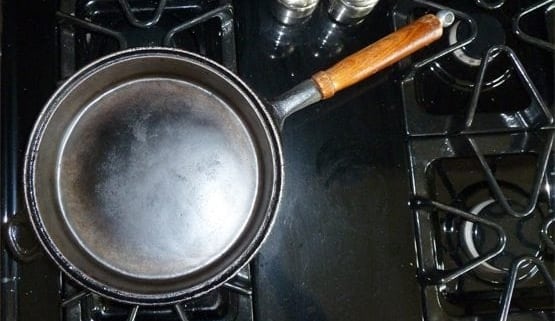 I really don’t know when I got the thing. It was part of a set of cookware. What I know is that I tried to use that cast iron skillet without success and I mean not even a little bit.

Food would become hopelessly stuck to it and burned beyond recognition. If it wasn’t turning out charred fare, it was growing a fine coat of rust. 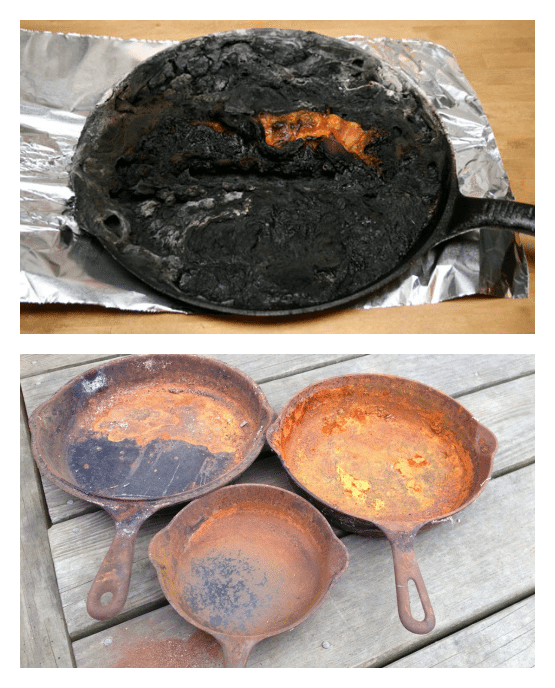 In the interest of full disclosure, the shots above are not of my skillet. They are an apt depiction, however. Mine looked like all of the above. At the time, I wasn’t photographing my culinary disasters with hopes that one day I could share them with you.

Things got so bad, one day I threw that skillet and its sorry charred contents into the trash. What followed what a case of guilt that prompted me to dig it out, chiseled it down, put it through the dishwasher (the worst thing ever for cast iron) then banish it to the back of a closet.

Years later—OK decades—I pulled that skillet out of detention. I’d been learning that cast iron skillets are highly revered by experienced cooks. I was determined to take on the challenge of cast iron. I am proud to say I won that battle.

This skillet pictured below—now more than 40 years old—is the skillet I abused and which abused me right back. It has become one of my most prized possessions. All is forgiven and now my skillet and I have quite a thing going on. 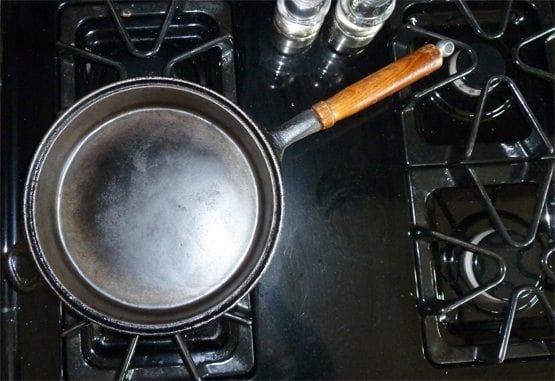 I restored this baby to better-than-new condition. Every time I use it, which means every day—it just keeps getting better and better. Can you feel the love?

The thing about cast iron it that it must be “seasoned.” It needs a lovely coat of patina that makes it gloriously “non-stick,” keeps it from rusting and makes it shiny. And there’s something magical about a well-seasoned cast iron skillet that makes food taste better. Apparently, it’s called “seasoning” for a reason.

Seasoning a cast iron pan is easy. Rub it down with a thin coat of vegetable oil (inside and out if it’s the first seasoning) and bake it in a 350 F oven for an hour. This produces the first “non-stick” layer. Every time it’s used and cleaned properly another layer of seasoning goes on. Seasoning can be done as many times as necessary throughout the skillet’s life, which is pretty much eternal. A cast iron skillet can never have too many layers of seasoning. My skillet must have 1,000 layers of seasoning by now. More will never be enough.

While you should wash a brand new cast iron skillet with soap, that’s the only time it should ever come in contact with soap or detergent for the rest of its life. I know there are those who will disagree with me on this point, but I stand firm: Never use soap on it again after that first wash. Instead, use a hard-bristle brush or stainless steel scrubber like this Ringer Cast Iron Cleaner to clean it with water. This Ringer is so cool because it is chainmail. It just balls up in my hand, cleans like a champ and then rinses completely clean. For really tough spots, I use coarse salt and the cut end of a potato to scrub it clean—almost like sand paper, but without removing the patina. The salt will get very dirty. Then a quick wipe with a towel and it’s back to beautifully clean.

Never allow a cast iron skillet to soak in water. That will only produce rust—the arch enemy of cast iron cooking. Should you ever develop rust, don’t freak. Just get out the salt, scrub it away and then re-seaon.

I dry my skillet over heat on the stove. Once dry (it takes only a couple of minutes), I give the inside a light coat of vegetable oil and it’s ready for its next cooking assignment.

Scraping a beautifully seasoned skillet with metal utensils  breaks down the seasoning and allows it to flake off. Of course that can be repaired, but you don’t want to start over if at all possible. The way to preserve the seasoning is to use wood or other non-metal utensils in a well-seasoned cast iron skillet.

You’ll soon learn to detect if your pan needs to be re-seasoned. You can never have too much seasoning on a cast iron pan. Always err on the side of re-seasoning too often.

Use your cast iron skillet to fry, sear, cook and bake just as often as you can. Yes, I’m talking about cooking at home to eat better and save money, too. Get a great cookbook (The New Cast Iron Skillet Cookbook is my favorite) with recipes that are ideal for cast iron.

A great cast iron skillet is a thing of value—becoming more valuable with age. I’ve seen vintage skillets selling for thousands of dollars and read stories about skillets being named in wills and family members fighting over who will get Grandma’s skillet.

Cast iron cookware is making quite a comeback and I could not be happier about that. Don’t worry that the price of an excellent cast iron skillet might be out of your budget. You can get a fabulous Lodge 10-inch cast iron skillet for about $15. Bump that up to a Lodge Dutch oven and skillet lid for less than $30.

Or scout out the local thrift store or junk collector. It would not be at all unusual to find a horribly abused, rusty pile of cast iron pots and skillets just waiting to be rescued. 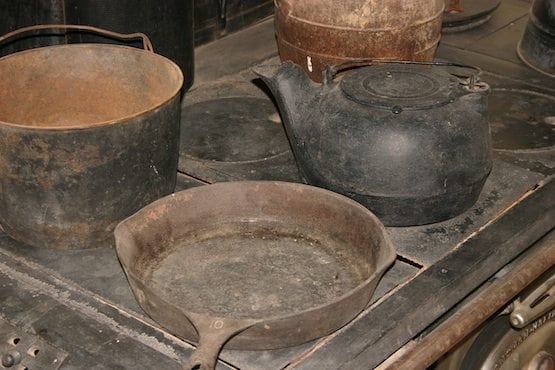 Restoration is not particularly difficult, but it can be time consuming. This tutorial might inspire you to make a rescue or two—provided the price is right.

Take care of your cast iron and it will repay the favor by turning you into a fabulous cook. As a bonus, your skillet just might become the envy of your friends and family.

Speaking of bonuses, Beer Glazed Citrus Chicken with Orange Arugula Greens from the blog How Sweet It Is,  relies on the goodness of a fine cast iron skillet. 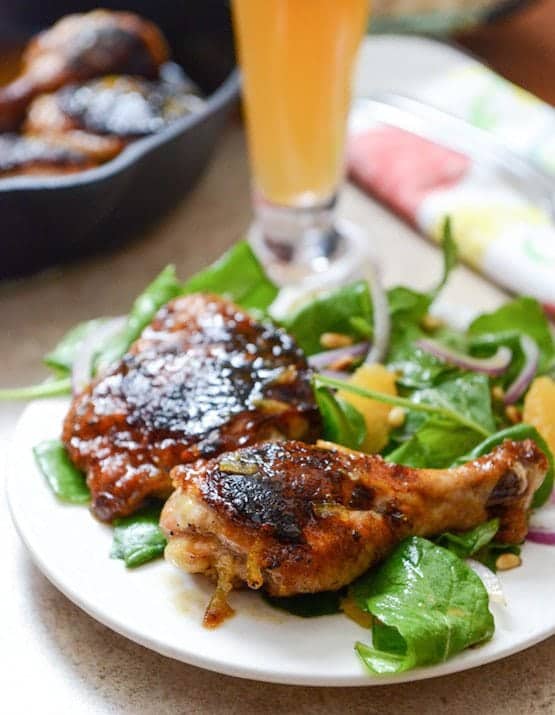 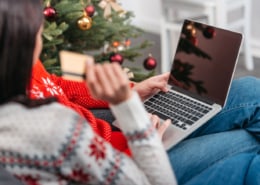 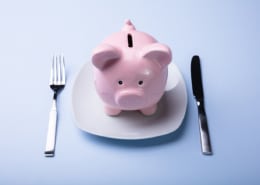 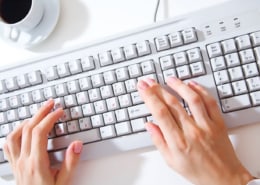 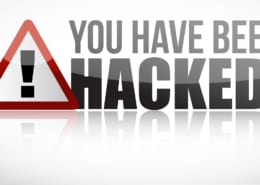 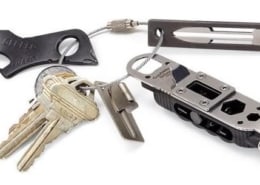