Home / Holidays and Special Occasions / Do You Hear the Bells? 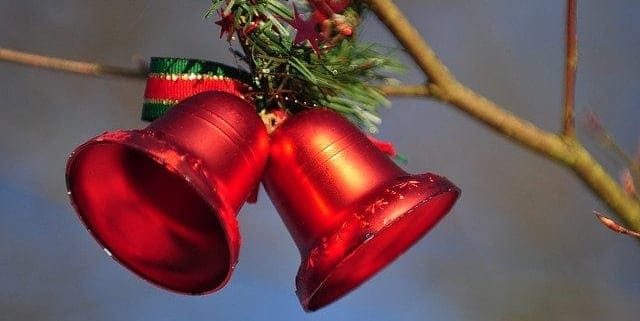 Some rights reserved by jack berry

The holiday season started out with all the normal craziness—Black Friday turning into a two-day event and people fighting over televisions. But then December 14 happened and things changed. With the tragedy in Newtown, Connecticut so fresh, many are wondering about Christmas. Where, among all this, is our peace on earth and goodwill toward man? This feels like Dickens’ season of darkness, our winter of despair.

Recently, I heard the story of one of America’s most beloved poets, Henry Wadsworth Longfellow. In 1861, his wife Fanny was fatally burned in an accident, but only after Longfellow attempted to save her and was severely burned himself. Too ill from his burns and grief, Henry did not attend her funeral.

The first Christmas after Fanny’s death, Longfellow wrote in his journal, “How inexpressibly sad are all holidays.” A year later in 1862 he wrote, “I can make no record of these days. Better leave them wrapped in silence. Perhaps someday God will give me peace.” His journal entry that year reads: “‘A merry Christmas’ say the children, but that is no more for me.”

Almost a year later, Longfellow received word that his oldest son Charles, a lieutenant in the Army of the Potomac, had been severely wounded. The Christmas of 1863 was blank in Longfellow’s journal.

“I heard the bells on Christmas Day

And wild and sweet

Of peace on earth, good-will to men!

In the fifth stanza, Longfellow expresses with such honesty the pain in his heart:

And in despair I bowed my head;

“There is no peace on earth,” I said;

“For hate is strong,

And mocks the song

Of peace on earth, good-will to men!”

But joy returns in the sixth and final stanza as Longfellow’s hope in the future and faith in God are renewed:

Then peeled the bells more loud and deep:

“God is not dead; nor doth he sleep!

The Wrong shall fail,

With peace on earth, good-will to men!”

And suddenly it’s Christmas. It’s here! The day for which we wait with breathless excitement, for the joy it stirs in our hearts.

Over the centuries bells have become a metaphor for hope, redemption and peace on earth. I hear them now, and with their ringing I feel the stress melt away. The noise quiets, fears vanish. All is calm.

Christmas … God’s annual reminder … luring us, pulling us, encouraging us that despite everything that may appear to the contrary, because of the Gift, it is the best of times. For those with eyes to see, it is the age of wisdom, the season of Light―the spring of hope.

And bells. Those Christmas bells!

Question: Despite the struggles you might be going through today, what stirs your heart or excites you about Christmas? Share here.

Pâté and Other Yummies for Holiday Fare